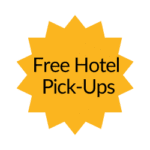 vvvvrumph! 2000ccs of SCAT motor roars out of the Broome Visitor Centre car park and out onto Hammersley Street. A cool breeze whips beneath my helmet. Roger Hockey is in the driver’s seat of this custom-built trike, and he glides around the corner and down to Chinatown. Roger is guiding me around the Broome Peninsula on a Broome Trike Tour. He’s driving a Harley Davidson hybrid, customised to carry three passengers. The third wheel adds a degree of stability and safety to an electrifying mode of transport. We exit the roundabout and turn onto Carnarvon Street. Roger shifts down a gear and accelerates out of the corner. To his amusement, I reach for one of three hand rails running along the edges of the trike’s cushioned rear end. “See those,” Roger says. “They’re nicknamed the ‘oh sh*t’ bars. Just quietly, these trikes do awesome wheel stands too.” 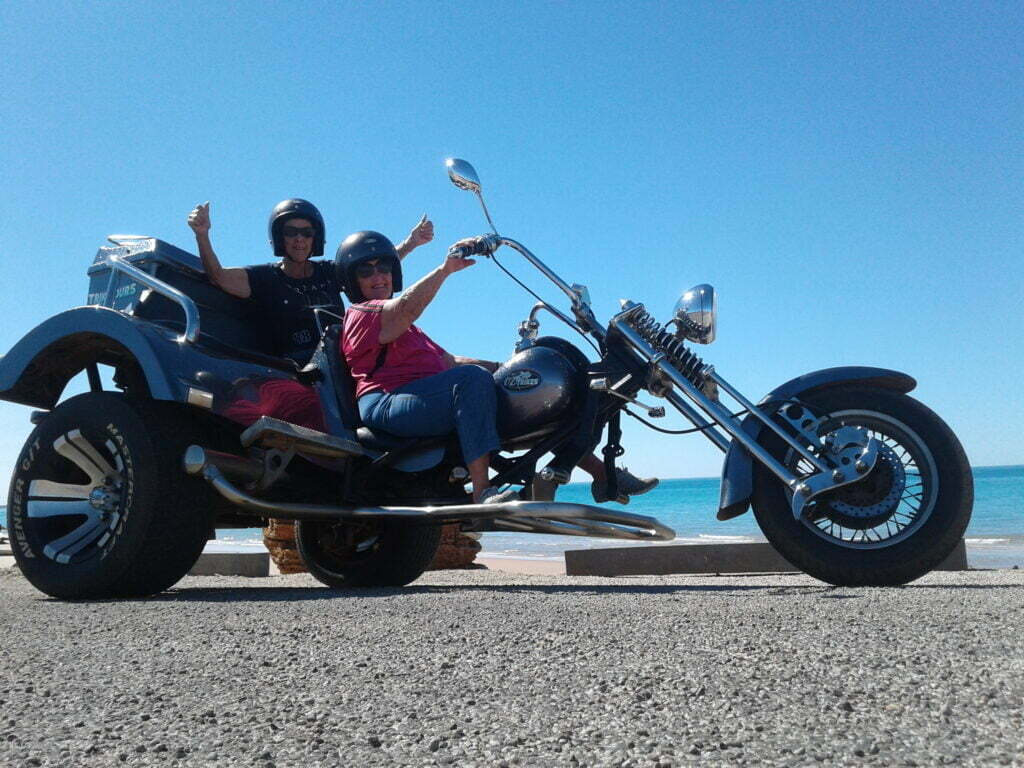 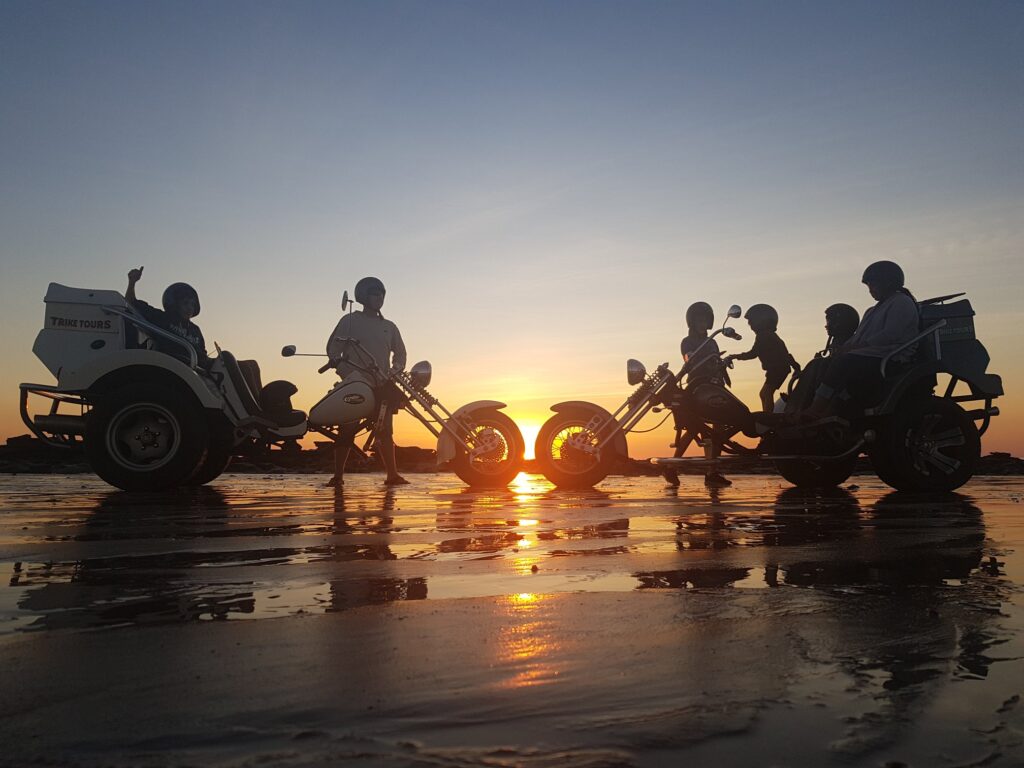 The trikes are a novel and exhilarating way of experiencing Broome. There are no glass windows or steel separating you from the outer surrounds, and the life and breath of Broome whistles in the wind. Slowing up to enter a bustling Chinatown, Roger launches into a recital of old Broome’s colourful history. Roger is well-versed in the town’s historical and cultural knowledge, and sprinkles quirky anecdotes and jokes – some inappropriate for publication –
among his well researched facts. “See that Thai restaurant there, that was once the biggest brothel in Broome,” he says. “Still today, the ladies do a wonderful job of servicing their clientele . . . with delicious Thai food!”

An eccentric businessman, Roger relocated from Perth to Broome in 1999 following a failed ostrich farming venture. He drove a self-built trike nearly 2,500km and, after acquainting himself with the history of Broome, launched the first Trike Tour 18 years ago. Since then, Broome Trike Tours have traversed over half a million kilometres.

Maintaining the trikes is no easy feat, and Roger’s been through five engines, three gearboxes, and relicensed unapproved modifications on a limo trike – an eight seat motor coach kitted with a jarrah bar, champagne cooler, and surround sound stereo system – which is now back on the road. We breeze past the old boat building sheds – a relic of past prosperity – and head around the corner, past the homesteads of the old white pearling masters, past Broome’s only Aboriginal community and the ancient shell middens on Kennedy Hill. Roger effortlessly navigates around all the roundabouts. Riding motorcycles is second nature for Roger; he grew up on a property in Kaikoura on New Zealand’s South Island, and for as long as he can remember he’s been surrounded by motorcycles. “I reckon I was conceived on a bike,” he says. “I grew up on 10 acres; my dad had a bike and we used to rip around the land. I bought my first bike when I got my licence at 16, and I’ve had a bike ever since. “I’ve had 20 bikes over the years and I’m now onto my fourth trike.” 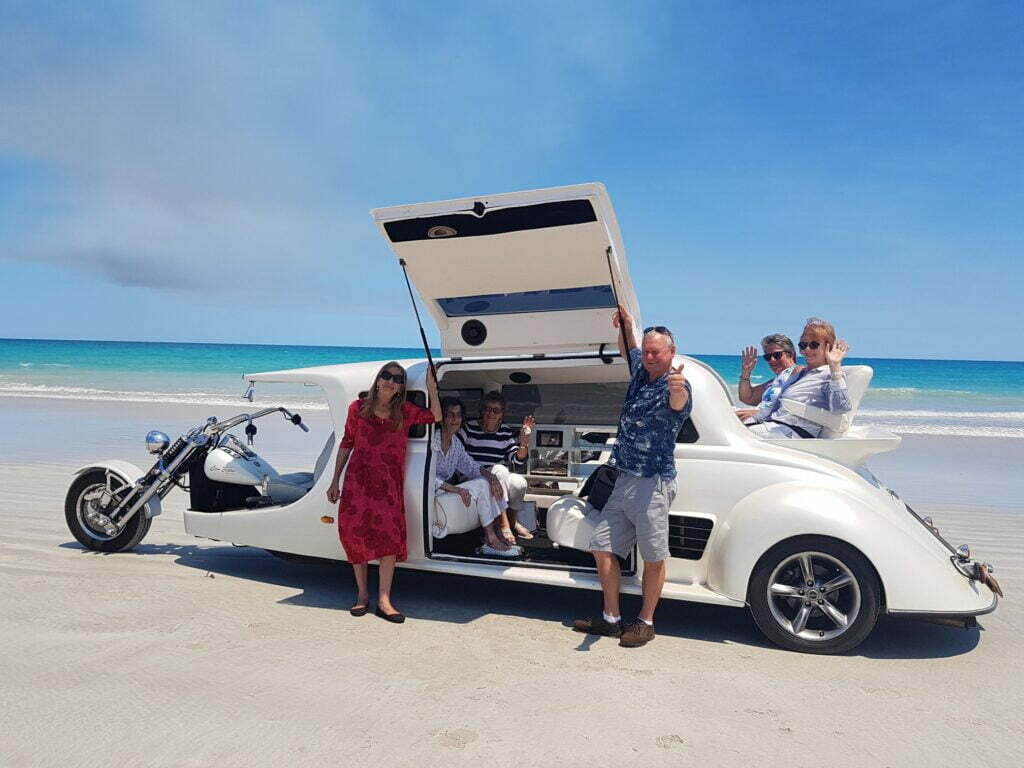 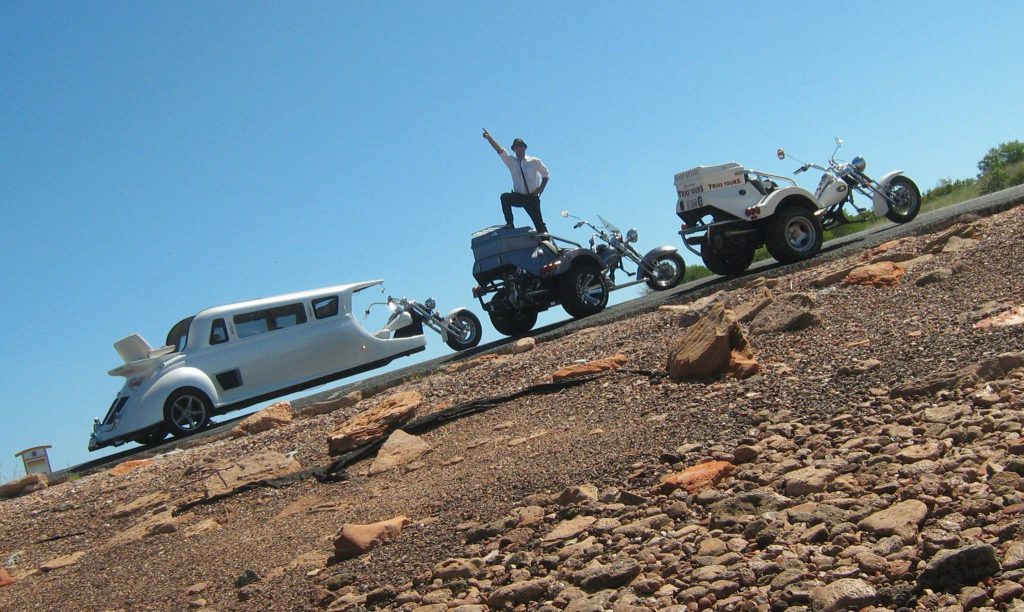 Two hours after we set out, Roger concludes the tour beneath a shady boab near Gantheaume Beach. He wanders around to the back end of the trike, lifts up a lid, and pulls a mysterious box from the rear cavity. Inside the box are four bushtucker liqueurs. Each is made from a native tree – boab, white currant, gubinge, rosella – and distilled by Roger in his own backyard. Aside from the Broome Peninsula Tour, Broome Trike Tours operate numerous other sightseeing tours. You can wine and dine at the croc park, learn about bushtucker from native trees or take a sunset tour of Coconut Wells – and he guarantees me each tour is as eccentric and unpredictable as the next.

This article first appeared in the Broome Visitor Guide.

Each tour offers guests the chance to try Roger’s Kimberley Bushtucker Liqueurs.  These unique and delicious creations are flavoured with the finest, organic Kimberley bush tucker. To find out more and to order some online, visit https://kimberleybushtuckerliqueurs.com.au/ 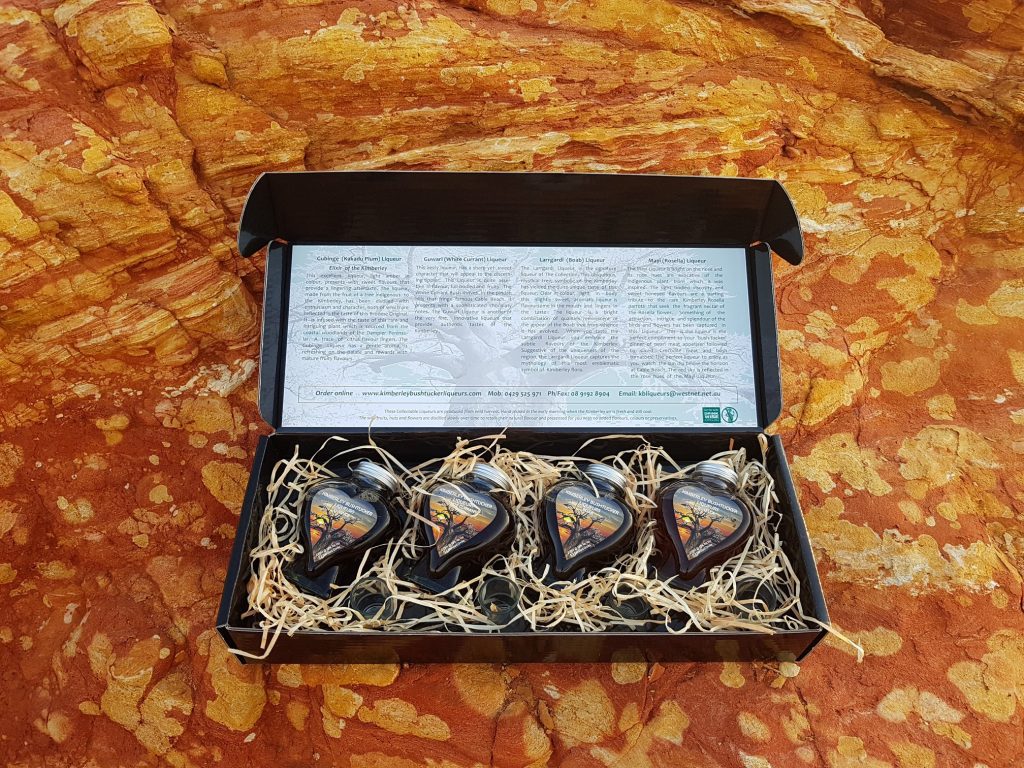